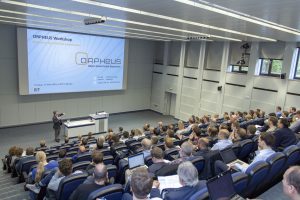 15th May 2018 was the day, everybody in the ORPHEUS team had been working for: The 2nd, and final ORPHEUS Workshop at partner IRT in Munich. We had announced and started to send around “Save-the-date” notes as early as six months before. And indeed, when we opened registration in March, the participants list got immediately filled with names of broadcast and audio professionals from all over Europe.

For the concept we wanted to keep a good balance between presentations and hands-on demonstrations. The audience we expected is certainly well experienced in all aspects of broadcast audio production, but the principles of ‘object-based audio’ and the implications attached may raise questions – especially about how to actually do it. The sequence of presentations and demos for this workshop hopefully left enough time and occasions to deliver answers and show it practically. 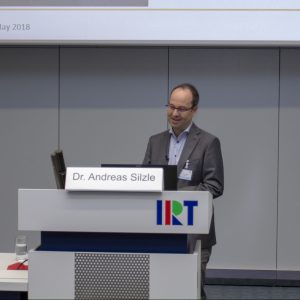 Our technical project leader Andreas Silzle from Fraunhofer IIS started with an overview on the concept and achievements of ORPHEUS made in the past 30 months. Next, Michael Weitnauer from the hosting IRT zoomed into the ORPHEUS Reference Architecture for the complete chain of object-based audio broadcasting. The audio format we have used for consumer delivery was MPEG-H, which is already on air in UHD-TV in Korea and will be introduced in China soon. Harald Fuchs from Fraunhofer IIS explained the technical details of this Next Generation Audio codec and the new functionalities it is offering to the audience.

In the Lightning Talks, all 15 demonstrations were invitingly highlighted. So for the next one and a half hours 120 visitors of the workshop started to fan out in the halls, rooms and studios of the IRT and discussing matters with the ORPHEUS experts. 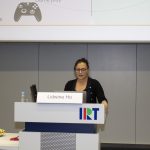 After lunch break, Lidwine Hô from the ORPHEUS associated partner France TV started the afternoon session presenting their first experiences with object-based audio for TV. Next, Marius Vopel from Magix provided some insights on how OBA production features have been implemented already within the Sequoia DAW. Chris Baume from BBC R&D then told the story of how “The Mermaid’s Tears” was to become the first object-based interactive and immersive live radio drama, produced in a totally IP-based environment.

The closing session was dedicated to give some outlook on the future. In pilot phase 2 ORPHEUS has premiered the variable-length functionality for audio. Werner Bleisteiner from BR explained the concept and practical approach to that. Niels Bogaards from elephantcandy then outlined how object-based audio will enhance the way we use audio apps. Finally, Trevor Cox from the related UK based research project S3A even went one step further and told us about how we could orchestrate multiple devices for new audio experiences. 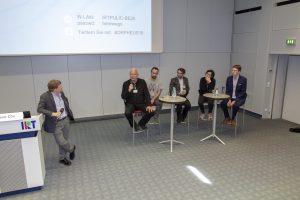 So, what’s next? It’s the road to implementation. A final panel moderated by Simon Tuff (BBC), who had led us through the whole day, with participants from our associated partners Paola Sunna (EBU), Lars Hedh (Swedish Radio) and Matthieu Parmentier (France TV), along with Chris Baume (BBC R&D) and Peter Fohrwikl (BR) sketched some scenarios how object-based audio will evolve in broadcasting. A key message to take home was: “Start OBA now!” More precisely: Explore the possibilities, create content, introduce tools into the production and enhance your infrastructure and workflows. Because if you don’t, others will do it – and disrupt traditional broadcasting.